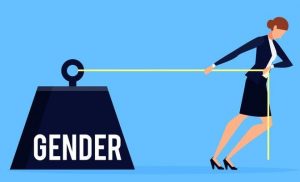 The Missouri Human Rights Act legally protects individuals against gender discrimination. The Act applies to employers, employment agencies, labor organizations, housing providers, and businesses. It holds that it is unlawful to refuse housing, employment, or services to any individual based on that person’s sex or gender.

A employment discrimination lawyer can help you file a federal discrimination claim under Title VII.  It is unlawful to discriminate against any current or potential employee based on their gender.  The claim can either be one for direct discrimination where an individual is disadvantaged in the workplace because they are a women.  A famous gender discrimination case, however, involved a man that wanted to work at Hooters.  He lost.

In other cases gender discrimination occurs because a particular policy or action disproportionately effects women negatively.  Examples could include a breastfeeding ban, discriminatory work attire rules, in-house networking opportunities where only men are welcome, or a number of other ways male privilege occurs in the workplace.

According to Pew Research “About four-in-ten working women (42%) in the United States say they have faced discrimination on the job because of their gender.” Pew Research Fact Sheet, Gender discrimination comes in many forms for today’s working women (December 2017).  The #metoo movement has done much to place a spotlight on high profile cases of sexual harassment.  Most discrimination, however, happens in fast food kitchens, factory floors, retail, and any number of work environments.

As this issue is given the spotlight, things are beginning to change further for women the workplace.

If you have been negatively impacted due to gender discrimination or any other form of discrimination in the workplace, at a business, or while seeking housing, you are not alone. Contact Jeffrey Carey today in the Kansas City and Lee’s Summit areas for legal help. Call (816) 246-9445 today.

The choice of a lawyer is an important decision and should not be based solely upon advertisements.